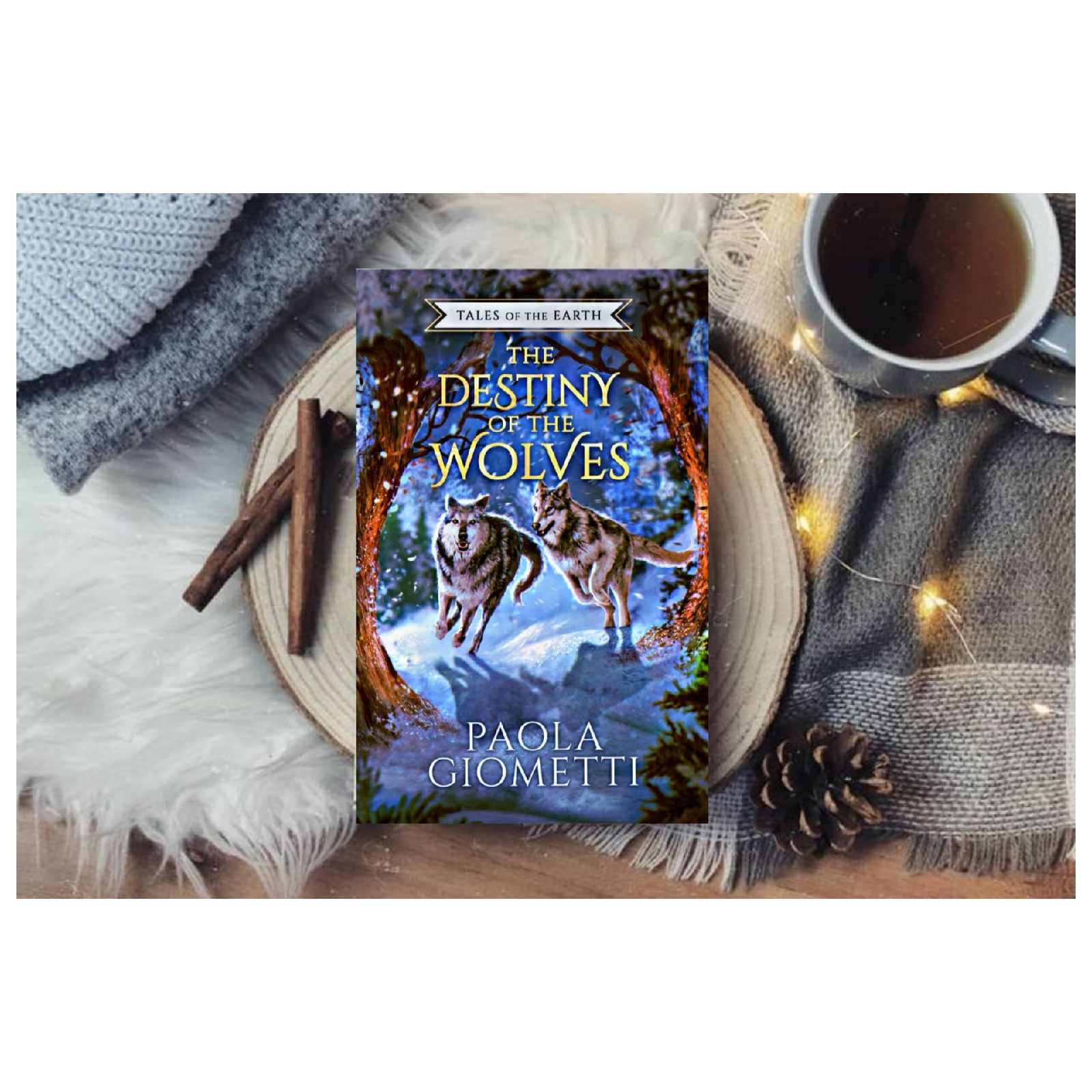 𝗕𝗢𝗢𝗞: 𝗧𝗵𝗲 𝗗𝗲𝘀𝘁𝗶𝗻𝘆 𝗼𝗳 𝘁𝗵𝗲 𝗪𝗼𝗹𝘃𝗲𝘀 (𝗧𝗮𝗹𝗲𝘀 𝗼𝗳 𝘁𝗵𝗲 𝗘𝗮𝗿𝘁𝗵 𝗕𝗼𝗼𝗸 𝟭)
𝗔𝗨𝗧𝗛𝗢𝗥: 𝗣𝗮𝗼𝗹𝗮 𝗚𝗶𝗼𝗺𝗲𝘁𝘁𝗶
*𝗠𝘆 𝗥𝗮𝘁𝗶𝗻𝗴* : 𝟰.𝟳/𝟱 ⭐
The story begins with the great grandfather narrating the story of wolves to his great grandson claiming that the story has been a legend told to him by his ancestors. This is a story about survival of a pack of wolves.
The main character of the story is a young wolf 'Kushi'. One day Kushi heard the voices of their forefathers who want him to save their descendants from the enslavement of human beings. Having informed this information to his pack of wolves, they decided to find out how they can save themselves and their descendants from the danger to come.
They began their journey through the deadly mountains in search of a Bear 'Kodiak' who was claimed to have fought and survived from man. Would this pack of eight wolves headed on a tormeontous journey be learn to defend themselves from enslavement of man?
How is their fate connected with man?
What is great grandfather Gee-Gee's relation with these wolves?
What will be the destiny of the wolves?
The author 'Paola Giometti' has profoundly carved her imagination into words. The amalgamation of the wolves with the human is also an interesting aspect of the story. If you are fond of fantasy and mystery this novel will be an interesting read for you.
Link to buy this Book - Click here!

Popular posts from this blog

March 16, 2022
1. Can you please introduce yourself and tell us something about your book "And Then I Laughed" Answer:  My name is Melissa and I am a single widow of four young children who are my reason for everything I do. I love being creative and have loved to write since a young age. Introducing myself feels strange right now. I am still in the process of rediscovering who I am in the midst of being a widow and a mother, a journey I think all mothers face. I am much more interested in the company I keep than where I want to be. It doesn't matter where I go, as long as I am around people I love. I spent many years traveling, being very mobile and sometimes homeless so I enjoy my little house and the stability and coziness it gives my family. Maybe one day I will be open to exploring again, but for now I am enjoying the calm of four walls.  2. When did you get the thoughts of writing this book?  Answer:  This book, And Then I Laughed, is the culmination of a y
Post a Comment
Read more

February 05, 2022
1. Can you please introduce yourself and tell us something about your book "The Shadow of the Rowan Tree" Answer:  Hi! My name is Florie Parker and I am a new author who is very excited to share my stories with you. ‘The Shadow of the Rowan Tree’ is the first in a trilogy of children’s fantasy books inspired by my family, which follows the adventures of Daisy and Margot, the tooth fairy she dreams of. 2. When did you get the thoughts of writing this book? i read the book blurb and i liked it. Answer:  Just over two years ago I had the inspiration to write and followed my instinct! 3. What kind of research do you do, and how long do you spend researching before beginning a book? Answer:  I knew I wanted to write, but wasn’t sure how. I spent time reading blogs and other available online resources. Once I had ideas, I did further research online to develop them further. A key bit of advice for new fiction authors which I picked up is: ‘write what you
Post a Comment
Read more

July 09, 2022
1.I have read your Book "Rukmini and the Turning of Time: The Dawn of an Era" and I loved it. Can you tell us something more about her?  Answer: I have told many stories about Rukmini Ma in the book. What is interesting to me is how Sita Ma and Rukmini Ma manifested different personalities to reflect the needs of the time in which they were born. Both are avatars of Narayani and yet like us, each incarnation manifests a different personality. During Sita Ma’s time, humankind was separating itself from the natural world, developing more of an individualistic consciousness and one of the things she sought to do was imbed in the human mind love for the natural world so that we wouldn’t destroy it. During Rukmini Ma’s time, there was a darkening of spiritual consciousness and much mistreatment of people toward each other – oppression of women, increasing caste distinctions, etc. – and this became her focus, trying to instill in the human mind care for each other.
Post a Comment
Read more